The saying "absence makes the heart grow fonder" can be traced back to a poem in 1602, but was not officially credited until the 19th century in a song by Thomas Haynes Bayly's (1797-1839) called Isle of Beauty. Well, on this Valentine's weekend, I will take some liberties with the saying as I have had delivered to me from Europe, 2 bottles of this very special liquor.

Offically banned in the U.S. until recently, absinthe has been suggested to cause madness and hallucinations. From Vincent Van Gogh to Oscar Wilde and other "crazy" people of the team, the "Green Fairy" has been enjoyed. The chemical thujone is believed to be the cause of this mass craziness and, hence, the ban. While the ban has been lifted on absinthe, it has not been lifted on thujone.

However, thanks to the wonder of commerce over the internet (www.absinth24.net), the two bottles shown below have fallen into my possession. And as soon as I can catch up with some very special friends (and they know who they are), I suspect to crack them open and see how the "Green Fairy" can enlighten me. 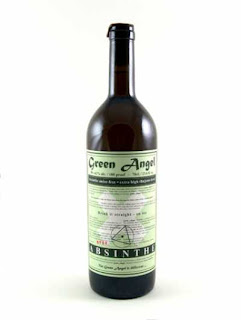 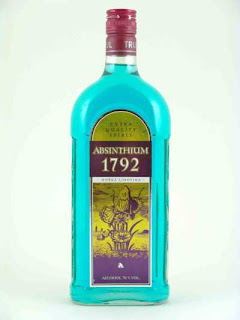 I totally didn't see this post before I composed that most recent email I sent to you, with the same subject line.